Named for Australia's famed source of opals, including an authentic opal in the genuine kangaroo leather hatband. Hat is fully satin lined and shaped with a bound edge.

The Coober Pedy by Akubra is a popular fur-felt hat for both city and country wear. The 3-1/4 inch bound edge brim, tilted down in front and back for protection from sun or rain, is dinkum Aussie. The pre-creased crown is 4 inches high at the front, 4-1/2 inches at the sides, eyeletted and fully lined, with a half inch ribbon band. There are chin strap hooks set inside the crown for easy attachment of a chin strap. The pure fur felt is Akubra's Imperial Quality.

Coober Pedy comes from the Aboriginal name kupu piti/, meaning White Fellows' Burrow . The famed opal fields in South Australia were so named by the local aboriginies because the miners dug shafts underground not only to extract opal but to live in as well. And indeed 70% of the inhabitants of Coober Pedy still live underground in the White Fellows' Burrow to escape the oppressive heat and sun of that desert region. The Coober Pedy hat does not provide quite the cool and shade of a burrow, but it is the next best thing if you have to go out in the sun, or rain for that matter. Think of it as your own portable burrow. 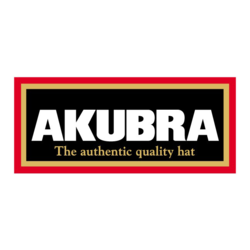 Over 130 years, Akubra hats have become synonymous with the Australian outback.
Now considered an important part of the Australian national 'uniform', the Akubra is famous worldwide, not only worn by the hardworking men and women who work the land, but presented as national gifts to visiting dignitaries who want to bring a piece of Australia home.
The Akubra brand have now developed a large range of hats – meaning there is a type available for every outdoor adventurer. To this day, Akubra hats are still one of the highest quality hats available and 100% Australian owned and made.
View All Akubra Products
474

Give them the gift of Adventure! Delivered in 60 seconds!